If you’ve been following me at all for any amount of time, you know I love my animals. I have a 5 year old pit bull named Piper and recently got a chihuahua mix puppy named Mila.  I spend tons of time with them and get the most enjoyment out of doing activities that involve them.​  So I’ve been observing them a lot and thinking about some lessons we can take from them.  Here’s what I came up with:

1. If you want something, go for it.  When dogs set their minds on something, they just do it.  They don’t ponder and consider why they can or can’t.  They don’t make excuses or negotiate with themselves.  They don’t question whether or not something is possible.  They aren’t embarrassed or discouraged if they fail.  They find their ways around obstacles and use a failure as an opportunity to learn a better way.  Basically, they don’t let anything stop them.  In many cases, humans to the opposite.

​2. Use what you’ve got. ​ My dogs will move their bodies until they literally can’t anymore.  They love being active and go crazy when they don’t get to be.  Humans look for the easy path, the shortest distance from one place to another. Many people 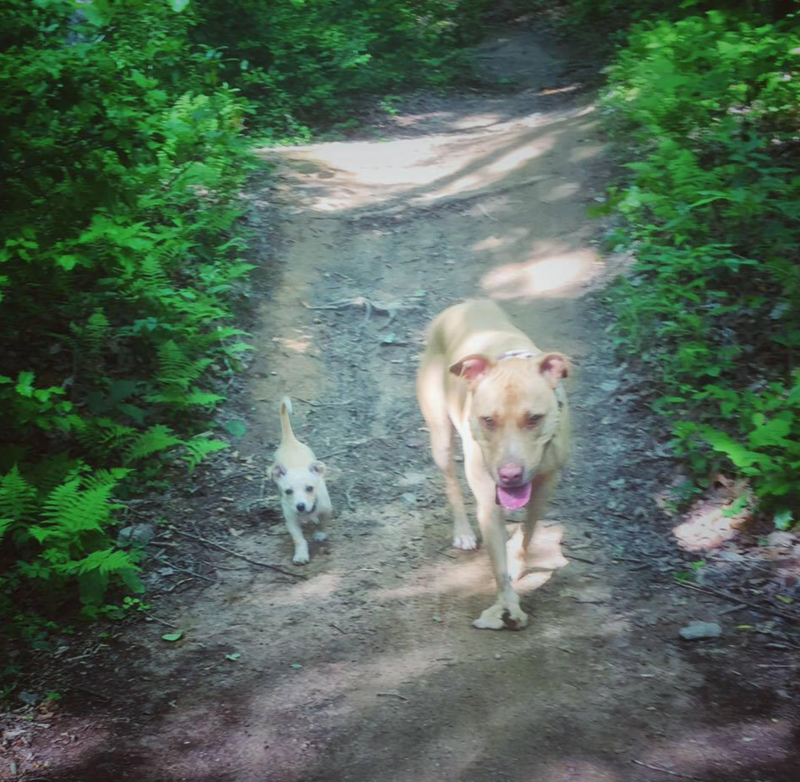 avoid activity – parking closest at the grocery store, taking escalators. We avoid one of our greatest gifts and most important requirements – movement – at all costs.  We find it uncomfortable, too time-consuming, or we simply just don’t want to.  We’ve created lives of convenience that are detrimental to our health.

I know this is sort of a strange post, but I hope you can see how these lessons apply and maybe even how you can make positive change through their application.

Make it a great week!

PS: I have just put the finishing touches on a new online 21 Day transFORMation Challenge program that I’m soooo excited about!  Details coming soon, but if you’ve got at least 10 pounds to lose, keep this on your radar!